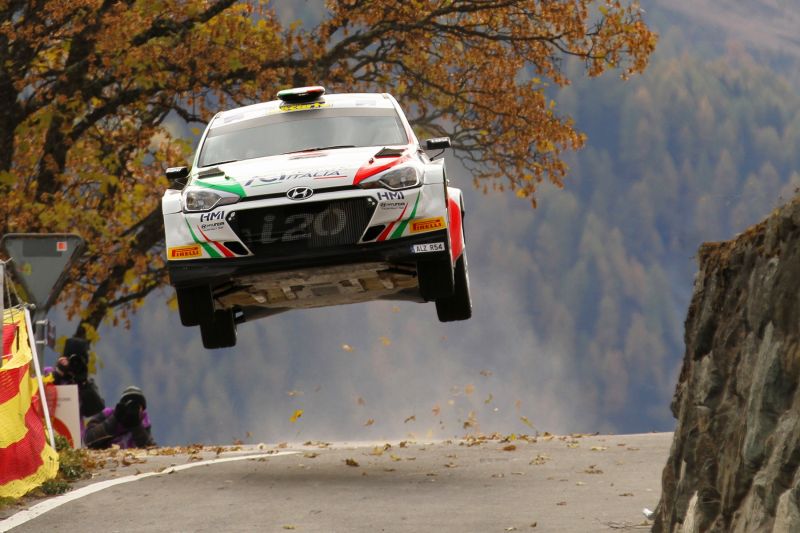 The italian driver is second overall with the Hyundai New Generation i20 R5 car by HMI - Hyundai Italian Rally Team.

Fabio Andolfi and Manuel Fenoli began Day 1 of the 2016 Rallye International du Valais, round 4 of Tour European Rally, with a second fastest time in the opening stage, ran in a bright morning on dry roads around Sion, in Switzerland.
A few adjustments to the car's settings while trading places on the podium with Jan Cerny (Skoda Fabia R5) behind the leader, 2016 Swiss Champion Söbastien Carron (Ford Fiesta R5) and the italian crew ended the morning loop of stages in second place, only 0.6" in front of the Czech driver.

The afternoon loop of stages saw the Aci Team Italia/Pirelli driver take the first stage win for the  Hyundai New Generation i20 R5 in an international rally on SS 6. He went on to set fastest times in all the four afternoon stages, to end the day in second overall, 11" behind the leader, Sébastien Carron.